"It's Time We Stepped Up to Defend Major!"
By Ray Luc Levasseur
November 3, 2015

Embedded in stone and concrete cell block walls across the American gulag is the definition of hell - “Abandon all hope, ye who enter here.”
From the time of the earliest penitentiaries there have been men, women, and children of uncommon courage and resilience that have challenged their conditions of captivity. Major Tillery is among the defiant ones.
In the landmark Pennsylvania prison case, Tillery v. Owens, Major Tillery was lead plaintiff in holding the Department of Corrections accountable for operating a prison (State Correctional Institute at Pittsburgh) where living conditions shocked the conscience. A federal judge ruled that severe overcrowding, deplorable sanitation, “shockingly deficient” medical and mental health care, and other conditions were unconstitutional. The Major Tillery case set the DOC's cruel and unusual business back a notch, and provided hope to thousands. But the DOC was slow to implement changes. Too slow for those confined to cages and boxes year after year.
Another PA prison – Camp Hill – rose in rebellion and much of the prison was torched. Central to the prisoner’s demands was ending the obscene overcrowding that had been allowed to fester like an untreated wound. Major Tillery was not at Camp Hill but he was punished for it because he is the embodiment of what the DOC most fears: solidarity and resistance. Major was chained, shackled and shipped to the infamous U.S. Penitentiary at Marion, Illinois. Marion was the end of the line for those labeled “worst of the worst.”
Major qualified by being a jailhouse lawyer with uncompromising principles and a commitment to prisoner’s rights. Characteristics that make prison bureaucrats fear for their positions and pensions. It was at Marion that I first met Major: tall, Black, proud, and undeterred by the excessive punishment he took. The PA DOC's retaliatory transfer of Major almost cost him his life.
One late night he was removed from the cell block on a stretcher, severely ill, and taken to a federal prison hospital in Missouri. Marion was not known for its timely response to medical and health needs. Major survived this brush with death and ultimately returned to a PA prison. Decades of struggle on behalf of others and himself passed without public recognition. Then in early 2015 Major stood his ground again with an effort to obtain much needed and critical medical care for ailing political prisoner Mumia Abu-Jamal.
For using his voice to help another, Major was subjected to another retaliatory transfer and lugged to the hole. Just as I saw happen at Marion 25 years earlier Major is now sick with a serious gastrointestinal condition. He is in a prison hospital and prohibited physical and phone contact with his family. The American gulag holds near 2 1⁄2 million human beings in its class and racially driven clutches. They come from our communities bordered by swaths of asphalt here, and surrounded by potato fields there. New York City to Aroostook County, Maine.
Major Tillery has long stepped up to defend their rights.

It's time we stepped up to defend Major. 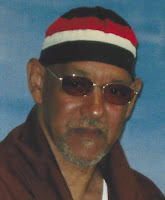 November 5--Major Tillery is back at SCI Frackville in the “RHU Annex.” His cell block tier is considered part of general population – but in fact is in the hole.

After four days in the hospital, treated for a bowel obstruction, with IV’s and an endoscope, Major Tillery is still suffering from gastro-intestinal problems—he is in severe pain and continues to vomit up his food.  Hospital doctors determined that he didn’t need surgery. Once discharged from the hospital, Major Tillery was dumped in the hole at SCI Dallas and transported a day later back to Frackville. There’s been no follow-up medical treatment.

Major told attorney Rachel Wolkenstein who visited him at the prison on Tuesday afternoon, “Ever since Tillery v Owens the Department of Corrections has been trying to break me… I was sent to Frackville to die, they blame me for helping other prisoners, including Mumia Abu-Jamal. I need to stay alive and get out before I die.”  Again in a phone call on Wednesday evening Major said he feels very ill and that continues to vomit up his food.

SCI Frackville Superintendent Brenda Tritt and the medical contact at the prison maintain that Major Tillery’s medical situation is “routine” and not cause for concern.