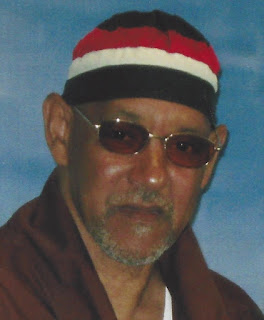 Major Tillery Needs Help To Get This Evidence into Court!

Major Tillery has new evidence that he was framed for a crime he did not commit. Over thirty years ago Tillery was falsely convicted for a 1976 pool hall shooting murder and assault, and sentenced to life imprisonment without parole.

Major Tillery is completing investigative work to file a post-conviction petition based on new evidence of his innocence, police corruption and gross prosecutorial misconduct.

Major Tillery needs your financial help and support to make the final push to get this new evidence into court.

The Philadelphia assistant DA (ADA) against Major Tillery was the notorious Barbara Christie—numbers of her cases were reversed because of gross prosecutorial misconduct. At Tillery’s trial, the surviving victim did not testify. Police had his statement exculpating Tillery, but ADA Christie and the judge wouldn’t let it into evidence. There was no ballistics or any other physical evidence. The ADA had a lying witness who testified against Tillery at his trial — nine years after the shootings. The DA coerced and made promises for this so-called witness to avoid state prison time on his pending eight cases in exchange for lying testimony!

The trial took place during the last days of the siege and firebombing of the MOVE Osage Avenue home in May 1985. The prosecution claimed that Major Tillery was part of an organized crime group, and falsely described it as run by the Nation of Islam. This prejudiced and inflamed the majority white jury against Tillery, to make up for the absence of any evidence that Tillery was involved in the shootings.

During the decades of his imprisonment Tillery has advocated for other prisoners challenging solitary confinement, lack of medical and mental health care and the inhumane conditions of imprisonment. He began and won the lawsuit, Tillery v. Owens, that forced the PA DOC in 1990 to end double celling (4 men to a small cell) at SCI Pittsburgh and later resulted in the closing and then “renovation” of that prison.

A year ago Major Tillery stood up for Mumia Abu-Jamal and demanded the prison Superintendent John Kerestes get Mumia to a hospital because “Mumia is dying.” For defending Mumia and advocating for medical treatment for himself and others, prison officials retaliated. Tillery was shipped out of SCI Mahanoy, where Mumia is also held, to maximum security SCI Frackville and then set-up for a prison violation and months in solitary confinement. An international campaign succeeded in getting Tillery back into general population. Major now has a retaliation lawsuit filed against the PA Department of Corrections and is also fighting for Hepatitis C treatment.

Major Tillery is now 65 years old. He has liver problems, arthritis and rheumatism, back problems, a continuing itchy skin rash and active Hepatitis C. He’s done hard time, mostly in solitary confinement in max prisons, for over thirty years for a crime he did not commit.

Major Tillery is now fighting to overturn his frame-up conviction and win his freedom. His investigation is on-going. He has new leads. Major Tillery needs your financial support to complete this investigation and get his legal papers filed in the Philadelphia Court of Common Pleas. He needs this financial help right now. The clock is ticking on getting his new evidence filed in court.

Please support Major Tillery’s legal effort to end over thirty years imprisonment for a crime he did not commit.